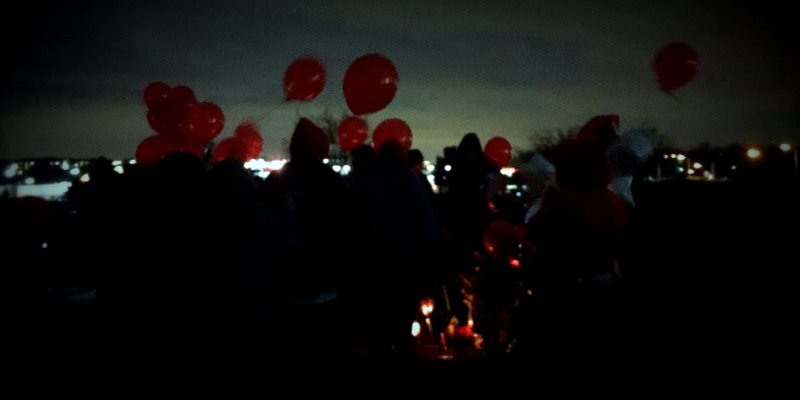 Seventeen-year old Jessica Hernandez was fatally shot by Denver Police on January 26, 2015.  She and her friends were inside of a car which witnesses said she no longer had control of after being shot.  Four bullets hit her.  All officers involved in her shooting were cleared by the Denver District Attorney since leading to a petition recall of DA Mitch Morrissey.

After strong public outrage since then, law enforcement policy has changed preventing police from shooting into moving vehicles.

A memorial was erected at the location of her shooting that included flowers, teddy bears, candles and other mementos that her family wished to be moved their home.  Supporters still continue to add to collection.

November 25th would have been the teen’s eighteenth birthday.  Friends, relatives and supporters came to the memorial in northeast Denver to pay tribute to Jessica.