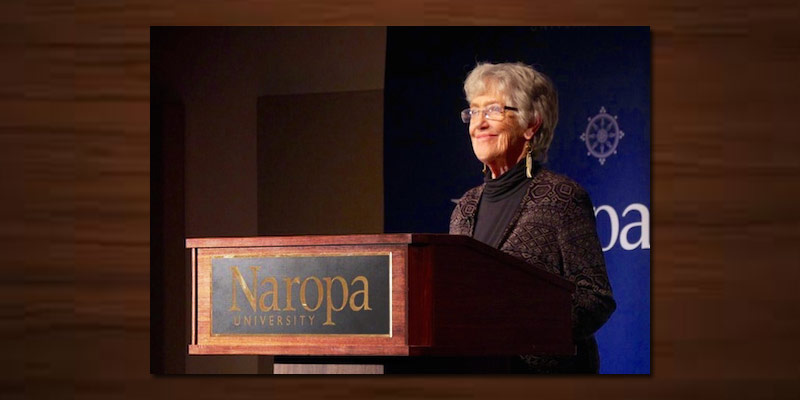 “The key is to recognize that feelings of discouragement and despair and outrage even and dread are perfectly normal, so it’s very important that we don’t pathologize those feelings or let them isolate them.”

Joanna Macy is a world-wide known eco-philosopher who looks at how humans can move into constructive action, away from despair, despite being faced with overwhelming bad news about the environment.  “What’s arisen is a whole set of concepts and practices that have evolved over almost the last 40 years.”

The Joanna Macy Center at Naropa will be one of those hubs that will explore concepts and practices of collaboration that will create a better world from a place of resilience. Macy says Boulder is a great location for a center bearing her name because of the spiritual schooling at Naropa, but also because of its proximity to the former Rocky Flats Nuclear Plant. Macy points to the work being done by the Rocky Flats Nuclear Guardianship Program as collaboratively moving away from despair into construction action “this requires a lot of moral strength and a sense of solidarity not only with each other but also with future generations – that we’re not going to leave these crippling substances that last for as long as human life has ever been on this planet.”