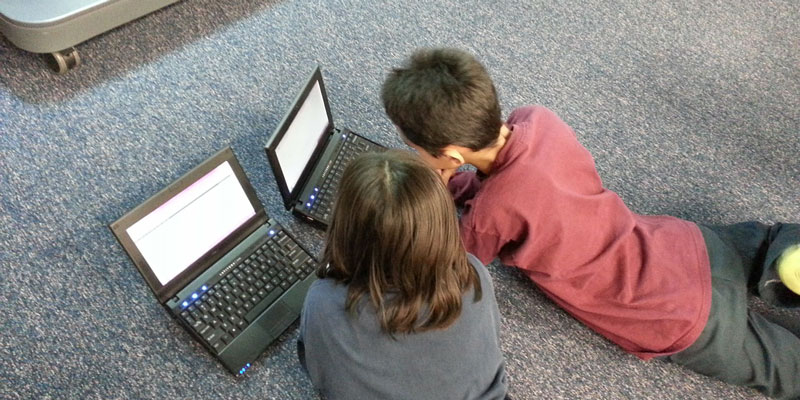 “Now they’re spending more time on screens than any other activity other than sleep.”

Dr. Victoria Dunckley, an integrative child psychiatrist, says that children are spending on average 5-8 hours a day in front of an electronic screen – TV, video games, I pads etc.  Research has shown that interactive screens, including those on video games, laptops, cell phones, and tablets, overstimulate a child’s nervous system. Dunckley has coined a term  Electronic Screen Syndrome (ESS) “every time a child interacts with a screen device, the brain experiences a state of stress or fight or flight.  All these different physiological mechanisms occur in the brain and the body actually – so when this happens repeatedly on a day to day basis, eventually it becomes chronic stress and the brain starts to malfunction.”  Dunckley says that ESS can mimic behavior, mood and sleep disorders and can exacerbate these disorders if they are already present in the child. “I coined the phrase because it is a way of defining something that can actually be treated and reversed.”

Dr. Dunckley has created a 4 week program to treat and reverse ESS. She has worked with more than 500 children, teens, and young adults diagnosed with psychiatric disorders, 80 percent showed marked improvement after completing the four-week program. “The body clock resets, blood flow shift happens in the brain so that more blood flow goes to the front part of the brain, stress hormones lower.”

Dr. Victoria Dunckley writes about her program in her book  RESET YOUR CHILD’S BRAIN: A Four-Week Plan to End Meltdowns, Raise Grades, and Boost Social Skills by Reversing the Effects of Electronic Screen Time

Dr. Victoria Dunckley will speak about her new book on Wednesday September 16th at 7.30pm at the Boulder Bookstore.