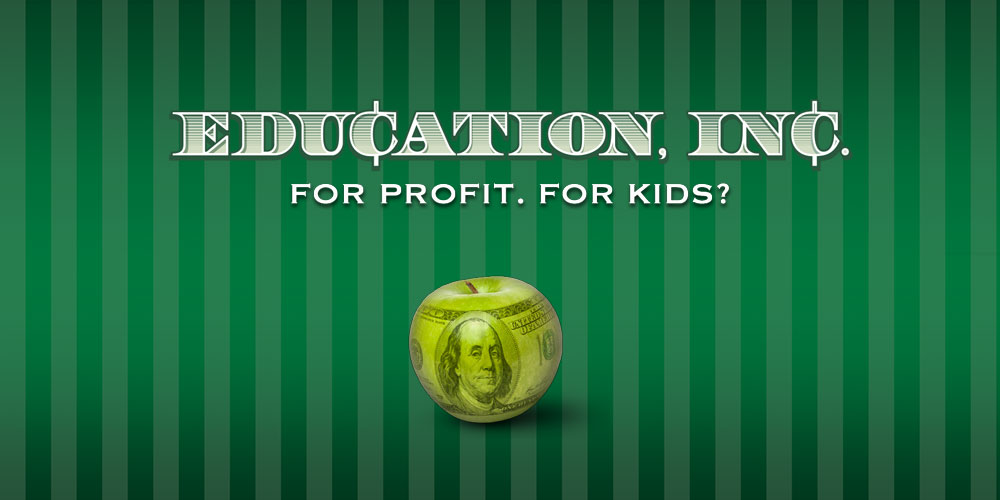 Filmmakers Brian and Cindy Malone said they first became interested in corporate influence in public education when they saw what was happening in their own school district in Douglas County, Colorado “there was an effort, a pilot program, instituted by the free market reform school board that was elected in and their plan was to take public tax dollars, hand it over directly to students, or parents of students, and give them a voucher to go to a private or religious school.”

Malone says the Douglas County voucher system was particularly damaging to the public school system because the the public school budget was already strapped, “when they give tax dollars to individual parents and students, those parents and students take that money out of an already stressed public school budget and hand it over to private schools and that’s exactly what vouchers did. It’s the same thing with charter schools, the same thing with online schools. These are all different private enterprise free-market mechanisms used to dismantle and weaken public education in America.”

Brian Malone says what is happening in Douglas County with the school vouchers is happening around the country in communities that are conservative and liberal.

The Malones’ new film Education Inc., “examines the free-market and for-profit interests that have been quietly and systematically privatizing America’s public education system under the banner of “school choice.”