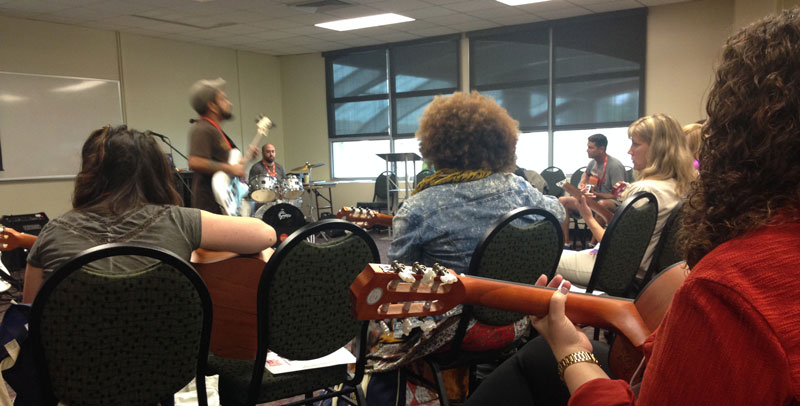 “When you look at the timeline, modern band’s time is now.”

Bob Morrison runs Quadrant research, a firm that specializes in public policy research and advocacy for education. He says that the modern band approach is the next logical step in the evolution of music education in public schools. Morrison joined over 200 public school music teachers at a recent conference at Colorado State University in Fort Collins.

The third annual Modern Band Rockfest and Symposium was presented by national nonprofit Little Kids Rock. The non-profit’s mission is to ensure that all children have the opportunity to “unlock their inner music makers.” The organization has pioneered a new music program called “Modern Band” which, connects learning to musical styles kids already know and love, and emphasizes improvisation, composition and learning to play instruments used in popular music such as, guitar, piano, drums, bass, vocals and computer.

Little Kids Rock has helped over 300,000 kids across the US