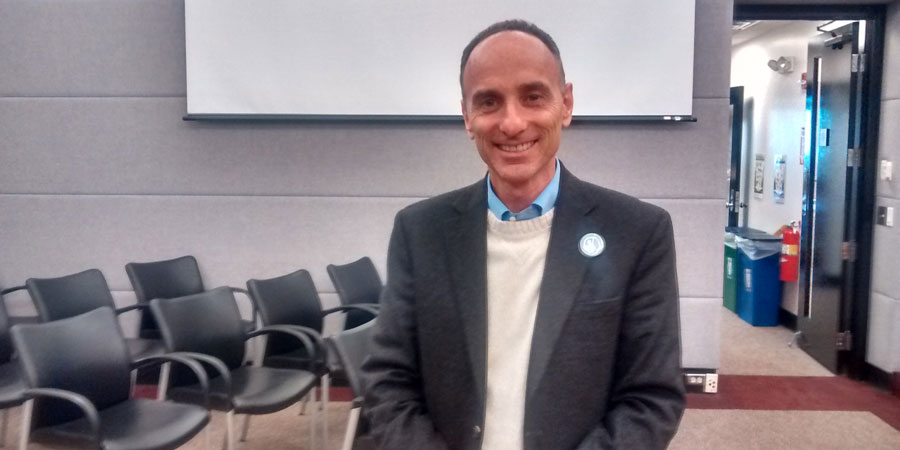 “80% of all the GMOs in the world are to be sprayed with Roundup herbicide.”

Jeffrey Smith with the Institute for Responsible Technology, and author of Seeds of Deception, says glyphosate herbicides and in particular Roundup, are toxic to humans and animals and need to be banned.  Glyphosate was recently designated a “probable human carcinogen” by the World Health Organization.  Jeffrey Smith says that there is so much Roundup being used around the world that it is impacting humans in unimaginable ways. “Breast milk in the United States has Roundup in it in concentrations that are way higher than that which is allowed in Europe in the drinking water, so it’s gotten to some serious proportions.”

Smith testified before the Boulder County Commissioners on Tuesday July 7th as part of an effort to get Boulder county to impose an outright ban on the pesticides. The City of Boulder currently has a ban on glyphosate, but local activists are pushing to make this ban county-wide.

Sri Lanka, Columbia, El Salvador and several other countries have banned or limited the use of Roundup due to its toxic impact. In the US, Richmond California banned all pesticides including Roundup. There are proposals in New York City and in Marin County also to ban Roundup.

Jeffrey Smith says there is evidence to show an increase in many diseases that correlates to the increase in the use of glyphosate.

Jeffrey Smith is in town with Neil Young, rock star, to educate concertgoers about the dangers of GMOs and glyphosate at the Tour Village of Action at Red Rocks July 8thand 9th. Find out more at RoundupRisks.com