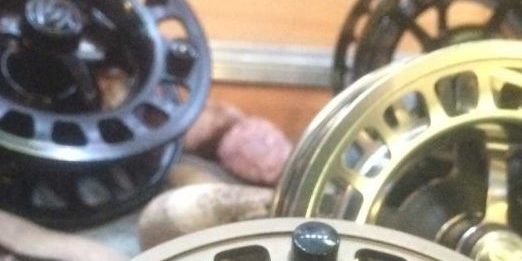 Seven states and around 40 million people are dependent on the Colorado River, making it a vital economic resource. In this episode of KGNU’s Stories of the River Hannah Leigh Myers addresses the economic significance of the Colorado and how the waning river is already taking a financial toll.

The Fraser River is a Colorado River tributary located in Grand County, Colorado. Fly fishing enthusiasts and professionals are saying low flows in the Fraser are causing water temperatures to rise early in the day, harming the fish and making them hard to catch. Dan Faldet is one of multiple fly fishing guides working in the town of Fraser and he says at times the warmer water is keeping Fraser fly guides from doing business all together.

“Water temperature is getting over 70 degrees so as far as taking people out guiding we are unable to do that or going early in the morning. So, doing like a full day trip you have to do like a half day or go to the Colorado or something like that where the flows are a little higher.” 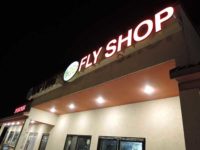 An Arizona State University study from January of this year found that the Colorado River, monetarily, is worth 1.4 trillion dollars to the seven basin states. In addition, around 16 million American have jobs in fields like agriculture and tourism, directly or indirectly tied to the health of the Colorado River. As the river depletes due to overuse, communities are already suffering financially. One such community is Grand County, near the headwaters of the Colorado.

Bruce Hutchins is District #1 Manager of Grand County Water and Sanitation. He says lack of dilution flows in the drained Fraser River means the water is harder to keep clean and at a higher risk of contamination, forcing his community to spend millions of dollars on water sanitation.

“If you are going to build a house and buy a tap that pretty much guarantees water as much as you want when you want it. It’s hard to sell that tap if we don’t know the water’s going to be there for sure. That makes it difficult for us to plan in the future.”

Kirk Klanke is President of the Colorado River Headwaters Chapter of Trout Unlimited and an avid Fraser River angler. Klanke says the Front Range needs to understand that an unhealthy Colorado River system won’t just put small town economies like his at risk but draining transbasin diversions could jeopardize the entire 9 billion dollar value of the Colorado River to the state, much of which comes from recreation.  “So many people in Colorado and in my county depend completely on tourism and if we harm the environment that attracts those people then we are kind of shooting ourselves in the foot.”

Communities in the Colorado River Basin are already feeling the financial effects of the draining Colorado but low water levels in Lake Mead could soon result in a lack of hydropower generation that would damage economies nationwide.  As low flows on the Colorado River push towards crisis levels more and more water policy makers with a focus on economics are finding themselves standing side by side with environmentalists in the fight to protect the irreplaceable Colorado River ecosystem.