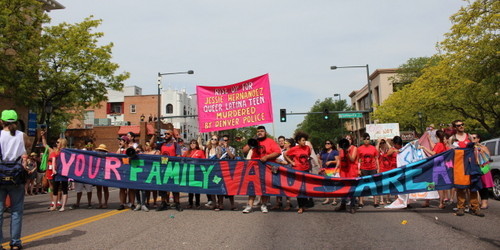 Another attempt to have a voice about their communities was made when metro area queer youth blocked the Pride Parade yesterday and renewed the call for the indictments of the police involved in the fatal shooting of Latina teen Jessica Hernandez, the resignation of District Attorney Mitch Morrissey who failed to indict the officers, the recognition of other LGBTQI2S people who had been murdered in the recent past, and the return to honoring the origins of Pride Parade. The first successful attempt for recognition of queer youth of color was another interruption by Buried Seeds of Resistance (BSEEDZ) in March of 2015 at an LGBTQ conference titled Creating Change where youth took control of the mic to speak.  There, along with raising issues of queer youth of color, the youth group asked conference participants to keep their cellphones handy and to “copwatch” and to take a “vigilant role while in our city.”

Dozens of queer youth and their supporters organized by the LGBTQ youth group BSEEDZ entered the parade route from both sides of the street and blocked the parade procession for about 10 minutes while standing in the middle of the road chanting “We’re queer! We’re proud! We’re organized and loud!” Their criticism went directly to The Center-the organizers of the Pride Parade for what protesters said was exclusivity and an over-abundance of attention to white privilege.

Participants ran a banner across the road that read, “YOUR FAMILY VALUES ARE A LIE” that they said referred to the parade organizer’s failure to recognize all queer families while placing emphasis on the needs of the white and privileged queer communities and on marriage equality. Specifically the group referred to the lack of attention to the twelve trans-women-most of whom were trans-women of color-who have been murdered so far in 2015. They also cited a 60% figure for homeless LGBTQ youth and the suicide rate of LGBTQ youth that is 9 times that of their peers.

The announcer’s booth attempted to drown out the BSEEDZ speakers, but media drew closer to the protesters which led to our being able to document while at the same time a live-stream recording of the parade interruption was being broadcast nationwide including in the auditorium of the national Allied Media Conference taking place in Detroit, Michigan this past week.

After the parade interruption, protesters continued to hold posters along the parade route displaying the image of Jessica Hernandez. Hernandez’ younger sister 9-year-old Alexandra held a poster also during which time she made her first public speech since the killing.  She later talked to KGNU about her sister, “Jessie told me to not be afraid of the ghosts but be afraid of the human beings because they can hurt you.” 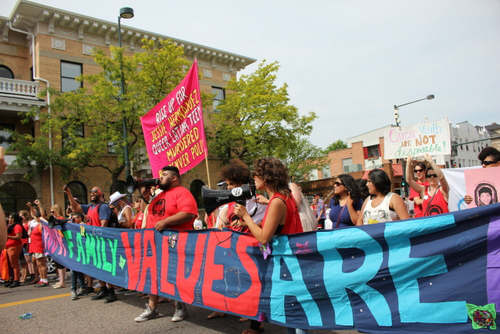 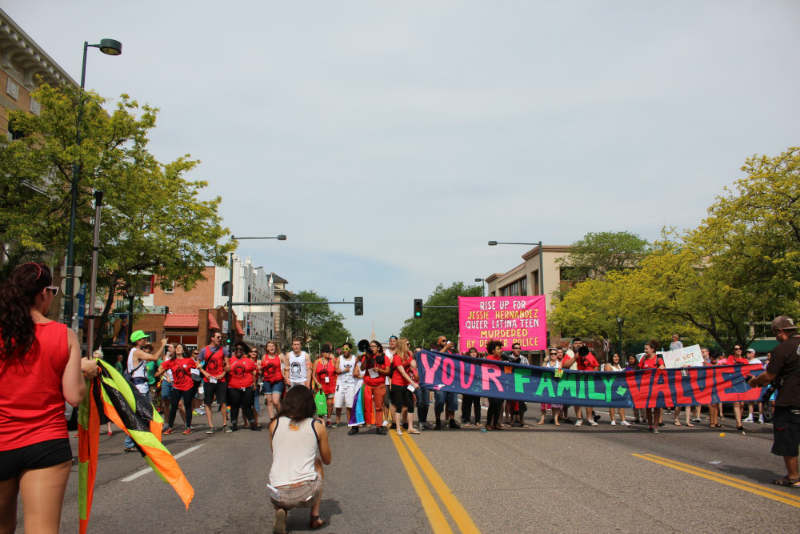 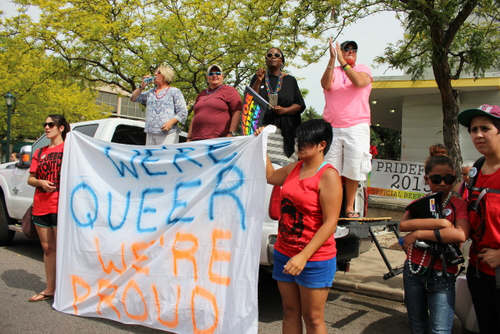 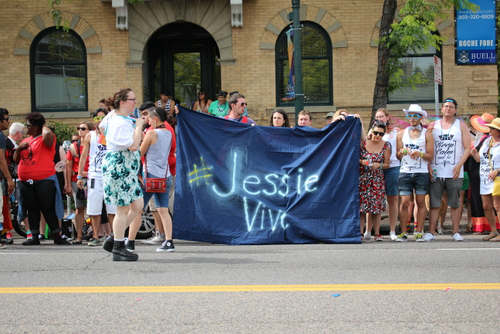 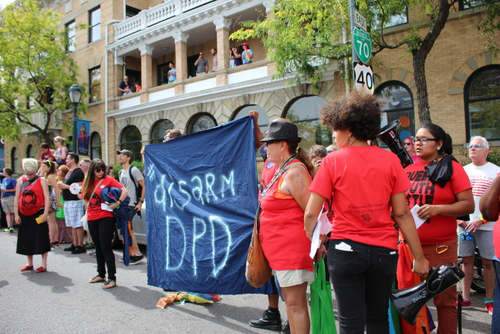 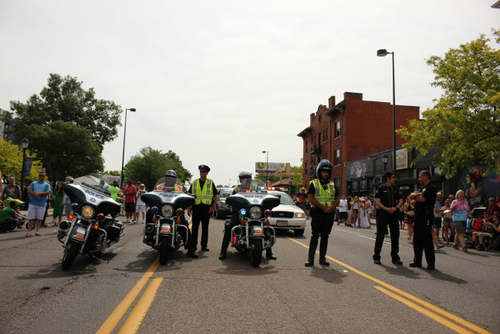 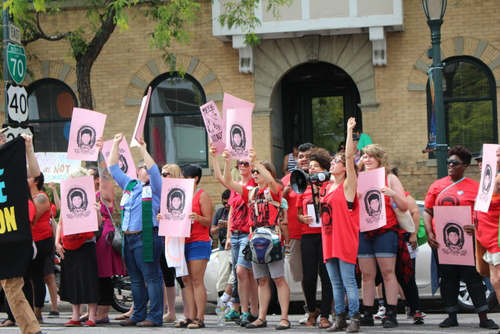 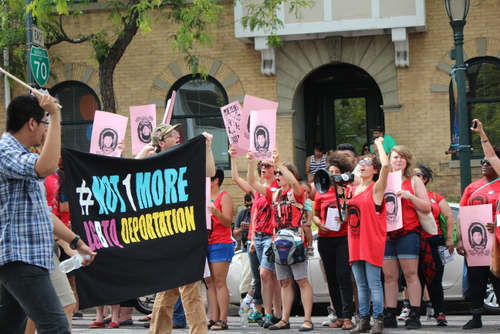 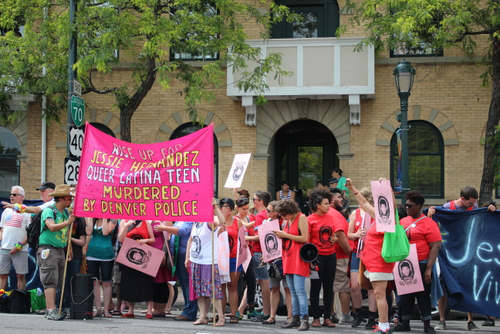 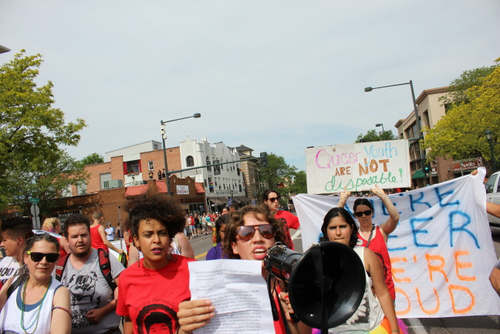 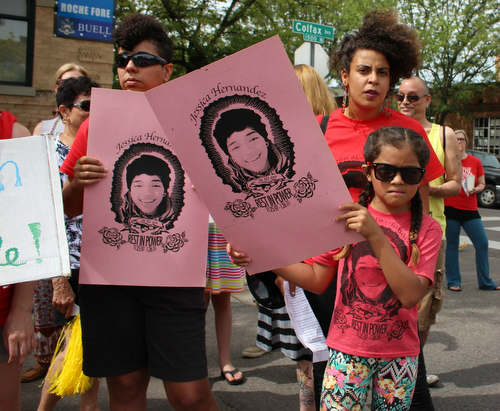