The Tuesday rally to support Jessica Hernandez drew a few dozen people to hold signs and banners on the corner of Colfax and Broadway.  What was just as significant was the continuous honking of horns in support along with the passersby who voiced their own call for police accountability.

And such has been community response to the June 5th District Attorney Mitch Morrissey announcement that he has cleared the officers involved in the January 26th fatal shooting of Denver resident 17-year old Jessica Hernandez.

“Get dangerous cops off of the street!” was shouted on a bullhorn from the rally.

On this downtown corner a block from the capitol, supporters of the Jessica Hernandez family held signs and chanted for over 3 hours calling for murder charges against the officers, federal oversight, and the resignation of District Attorney Mitch Morrissey.  A recall campaign to remove Morrissey was launched last week and is supported by over 20 community groups and members of the Colorado Latino Forum, Communities United Against Mass Incarceration, and the National Lawyers Guild.

Attending the rally was the family of Hernandez’ best friend, Ashley who appears at many of the ongoing rallies calling for accountability and oversight.  She told KGNU that she has not rested since the incident, and will not rest until her friend, “gets justice.”

The day after the fatal incident, the national Latino advocacy group Presente.org turned in over 21,000 signatures to the local office of the FBI calling for a federal investigation.  The number of signatures in the campaign has multiplied to over 30,000. 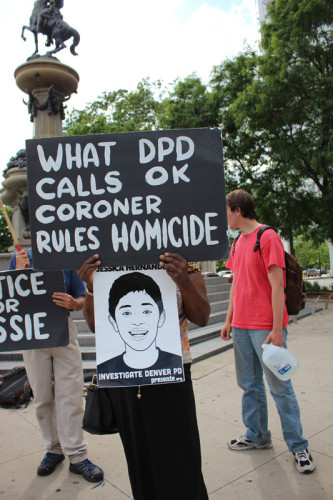 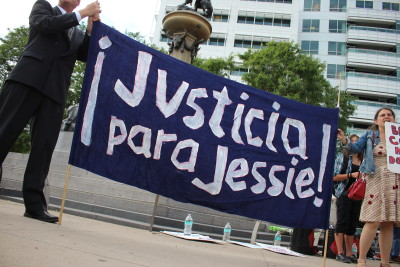 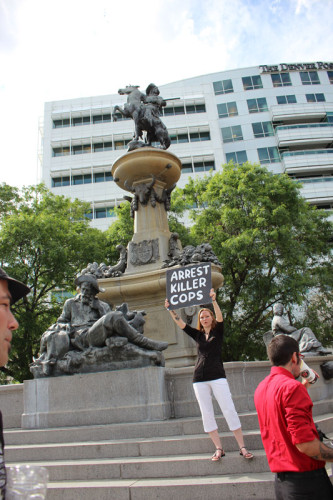 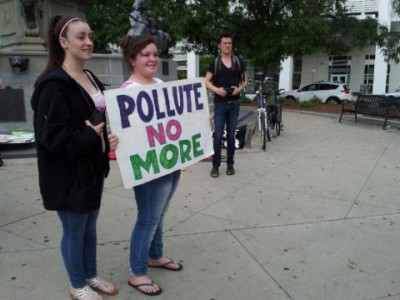 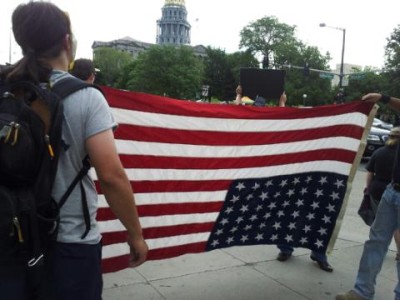 According to Code of Laws of the United States of America holding a flag upside down is a signal of distress which is what the protesters said they were trying to communicate. 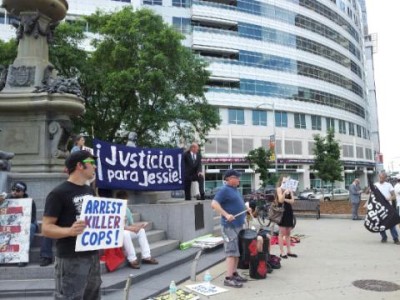 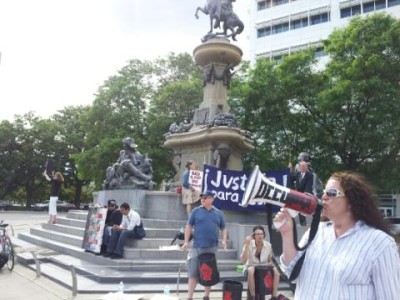 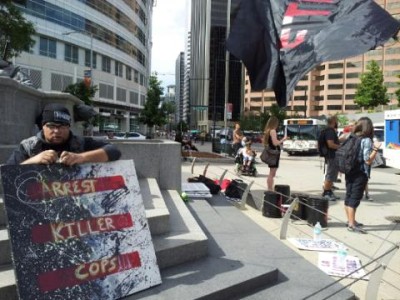 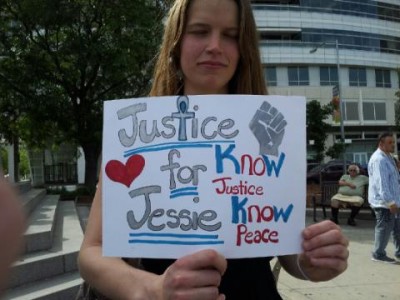