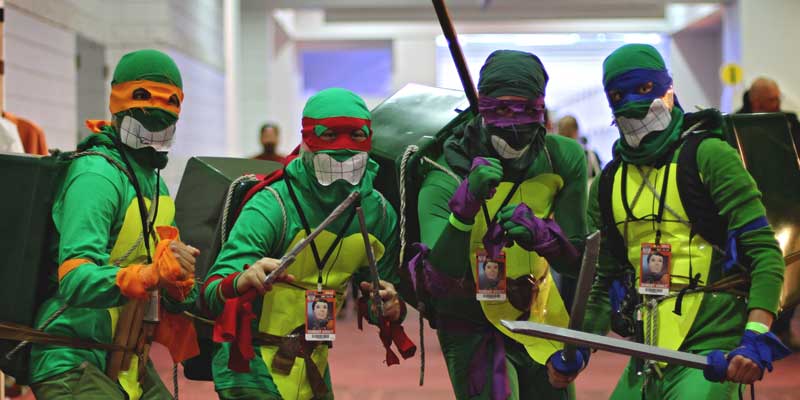 More than 101,000 people attended this year’s Comic Con in Denver, About 15,000 more than last year, and it makes it among the largest in the nation.

This years convention included a real live wedding and a bunch of educational components for young and old.

KGNU’s Robert Linder and Robyn Marcotte were there and spoke to some of the people attending Comic Con.

Sam Fuqua, Executive Director of Pop Culture Classroom, the non-profit group that produces the Denver Comic Con, says that Pop Culture Classroom exists to promote literacy and the arts through pop culture. “In addition to all the educational programing here at Denver Comic Con we also work year round in classrooms, after school programs, correctional facilities, youth centers.  Basically anywhere people want our help, we go in with different levels of comic based lessons, depending on the grade of the kids we’re working with and the amount of time we have.  We have a unit of study called Story Telling Through Comics which is for the middle grades, 4th-6th grades and it’s a 16 day fully planned lesson, fully aligned with the Common Core and literacy standards that any teacher can incorporate into their language curriculum.  We also have a project that we just started with jail inmates, we call that LEAD with comics (Literacy Education and Adult Detention.)”