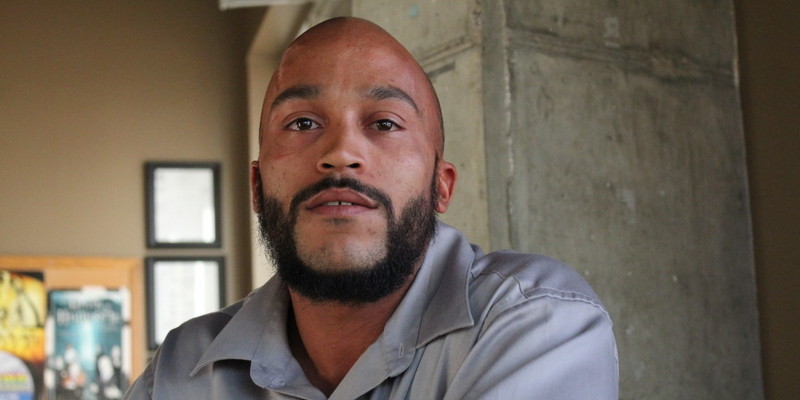 Today we begin our new series Badge of Courage:  Surviving Police Violence in Denver.  KGNU’s mission statement includes the goal of maintaining a space for underrepresented communities to air their voices and stories.  Because of the limited opportunity for victims of police misconduct to tell their stories, Badge of Courage will provide an opportunity for survivors of police violence to speak.  Today we hear the first in our new series:

It was once said at a recent community meeting, “Denver cops beat up the wrong kid,” spoken by a mother who would join her child’s fight against law enforcement excessive force committed against her son Alex.  Patsy Hathaway shows up at many community meetings to try to find solutions to solve the police excessive force crisis in Denver.   The Center for Disease Control found Denver to be second to Baltimore in law enforcement homicides.

KGNU listeners first heard Alex Landau in 2011 at the 1-year anniversary of the killing of Marvin Booker at the Denver jail by Denver sheriffs.  Hundreds turned out to that event to support the Booker family and to demand police accountability.  Booker’s family was awarded a record $4.25 million dollar settlement from the city of Denver last year.

At that 1-year anniversary event Alex Landau talked about his case and then performed a rap piece that he had written.  Landau himself received an $800,000 settlement for his injuries following his 2009 beating by Denver police officers Tiffany Middleton, Randy Murr, and Ricky Nixon.  Two of the officers involved in his case were later fired when they were caught lying about another beating case involving Michael DeHerrera.  Officer Ricky Nixon who was involved in Landau’s case was implicated in a Denver Diner excessive force case a few months after the Landau beating.  Officer Randy Murr was involved in both the Landau beating and the DeHerrera beating.

Here Alex Landau said that his parents never dreamed that they would need to have “The Talk” with him as he was growing up.  Many African-American and Latino parents say they must have The Talk with their children to keep them safe from law enforcement excessive force and racial profiling.

Landau spoke at Coffee at the Point in Denver at a community event titled Seeds of Understanding, Policing our Communities that was organized particularly at that establishment because owner Ryan Cobbins objected to police accountability meetings at his business.   Cobbins had earlier posted on his Facebook account, “We love our DPD!”  although he later agreed to an open dialogue.  Representatives of the Denver Police Department were invited to the community dialogue but failed to appear.

In January of 2009 Landau was driving east on Colfax when he was pulled over.  This is his account: 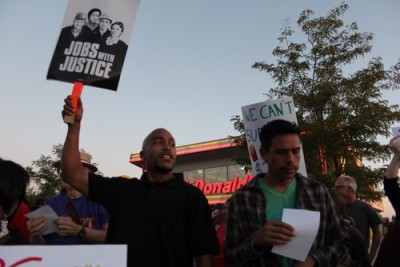 Alex Landau participates in a Fast Food Walkout at a Denver McDonald’s in 2013. 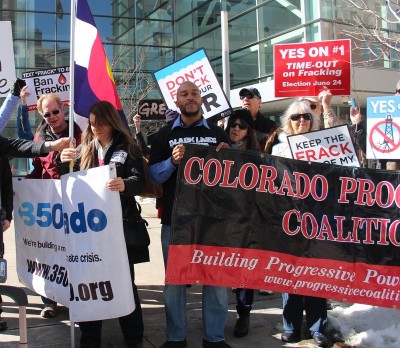 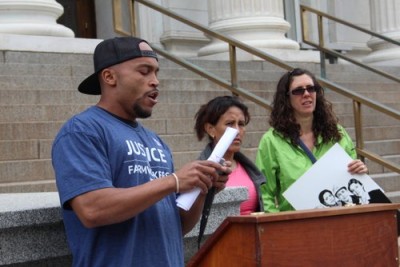 Landau speaking to a crowd before a Senate Committee hearing February 24, 2013 against bed quotas at for-profit prisons. 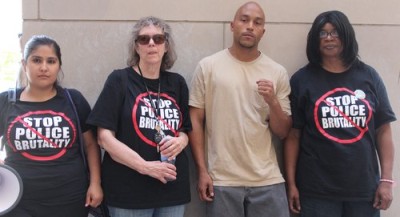 Landau participating in the 4-year anniversary commemoration of the life of Marvin Booker killed by Denver Sheriffs in 2010. Landau is joined by Tania Valenzuela of the Colorado Progressive Coalition on his extreme right, his mother on his right and on his left by the mother of Alonzo Ashley, Gail Waters. Alonzo Ashley was killed at the Denver Zoo in 2011 by Denver Police.

Landau testifies about his beating to the Citizens Oversight Board in 2013, 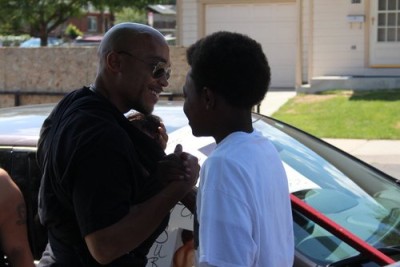 Landau high-fives a fellow protester at a march to support the family of Ryan Ronquillo who was shot by Denver Police in July of 2014. 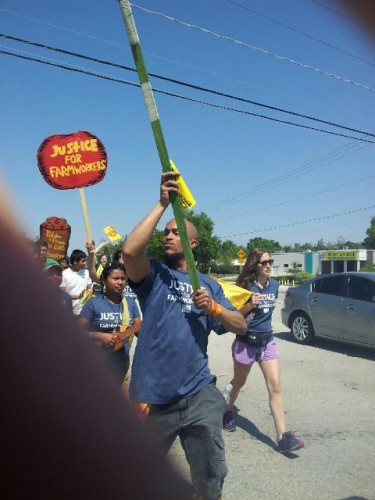 Landau joins the Coalition of Immokalee Workers 200 mile walk across Florida in 2013 to demand that Publix sign the Fair Food Agreement. 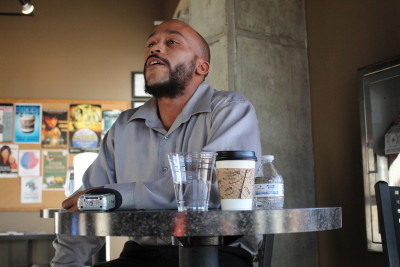 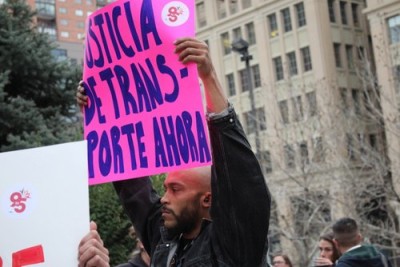 “Transportation Justice Now” reads a sign carried by Landau at an April 9, 2015 rally to object to the proposed RTD fare hikes. 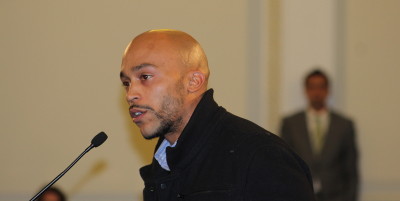 Landau asks Denver City Council to extend authority of the Office of the Independent Monitor to investigate allegations of police violence. 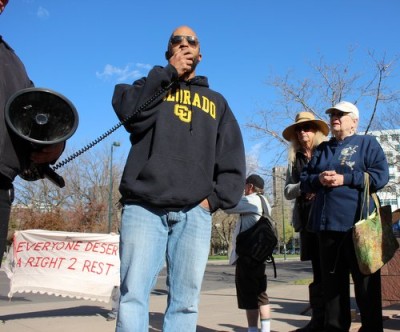 Landau speaking in support of the homeless community before the Judiciary Committee hearing of HB 1264, the Homeless Bill of Rights. 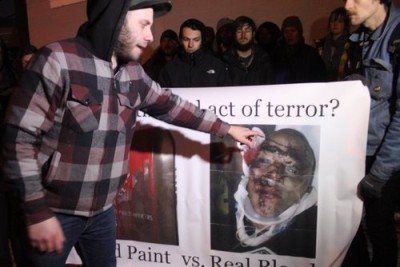 Denver community gathers to protest felony charges against those who spilled paint on a police memorial monument. The photo is of Landau moments after his 2009 beating by Denver Police. The banner reads, “Which is the Real Act of Terror?”