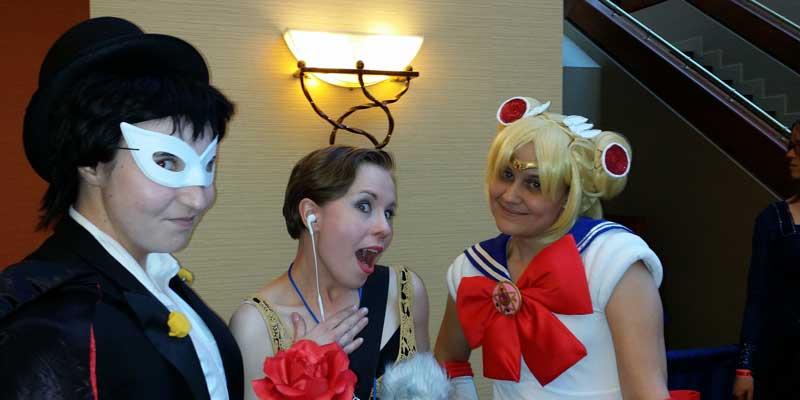 Denver recently hosted the 38th annual StarFest at the Denver Marriott Tech Center. The annual convention lasted from Friday to Sunday, April 17th -19th, and featured such events as Klingon Kombat, a quidditch championship match, writers workshops and much more. KGNU’s Veronica Straight-Lingo was there for her very first time.

Veronica Straight-­Lingo also had the opportunity to speak with Co­-Founder and Starfest Coordinator KathE Walker about the very first Starfest, her passion and about keeping the convention a family business.

Joining the headliner sci fi celebrities was actor Armin Shimerman, who may best be known as Quark from Star Trek Deep Space nine, but, his acting and voice acting career spans nearly three decades really amazing work including Veronica’s favorite, the voice of Andrew Ryan from the Bioshock videogame franchise. He’s also a published author of fiction, and he spoke with us live on the phone.