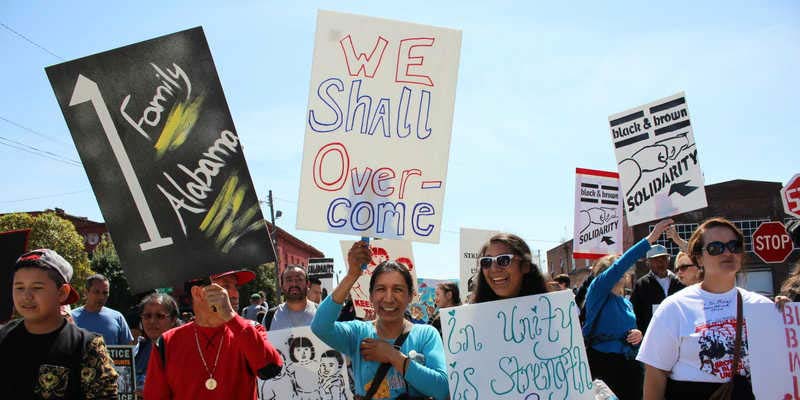 Tens of thousands of people nationwide descended upon Selma, Alabama to the 50th anniversary of Bloody Sunday and the historic march from Selma to Montgomery, Alabama to win voting rights in the state for everyone.  Up into that time, African-Americans had experienced challenges to vote including poll taxes, literacy, and geography, and citizenship tests.

Strider Benston of Longmont was part of the group Students Nonviolent Coordinating Committee and worked alongside many other prominent figures in the voting rights movement.  In 1965, he walked on the Edmund Pettus bridge during both historic walks on March 8th and then again on March 10th to Selma.  He has been back to the area only one time, for the 25th anniversary.  KGNU caught up with him in Selma to find out what it was like to be back again.

Strider Benston was just one of many Colorado residents who was in Selma 50 years ago. In this KGNU documentary “Memories of the March” we hear from him and others who went to Alabama to fight for civil rights.