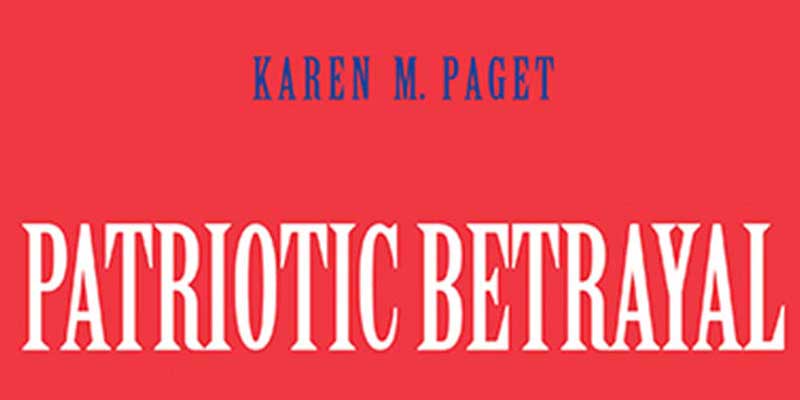 “You sign a document, you don’t know what you’re going to learn, then you learn that the CIA funds and runs the international side of the National Student Association. But having signed the document, if you tell anyone you’re subject to 20 years in prison.”

In 1965, Karen Paget was a 20 year old student at the University of Colorado, married to the student-body president who discovered the CIA’s influence and control over the National Student Association, but was sworn to secrecy under the threat of 20 years in prison.

Paget spent 15 years researching the relationship between the CIA and the NSA and writes about it in her latest book Patriotic Betrayal: The Inside Story of the CIA’s Secret Campaign to Enroll American Students in the Crusade Against Communism. The National Student Association was founded in 1947 and was born in the cradle of the cold war. The NSA  was a membership based organization of student governments representing 300 colleges and universities in the United States.

Paget says the CIA targeted students because the Soviets had formed an International Union of Students in Prague in 1946.

In 1967, former NSA member Michael Wood blew the whistle on the CIA’s involvement in the Rampart, a left-wing publication out of San Francisco. When the story broke, Paget says people were stunned.