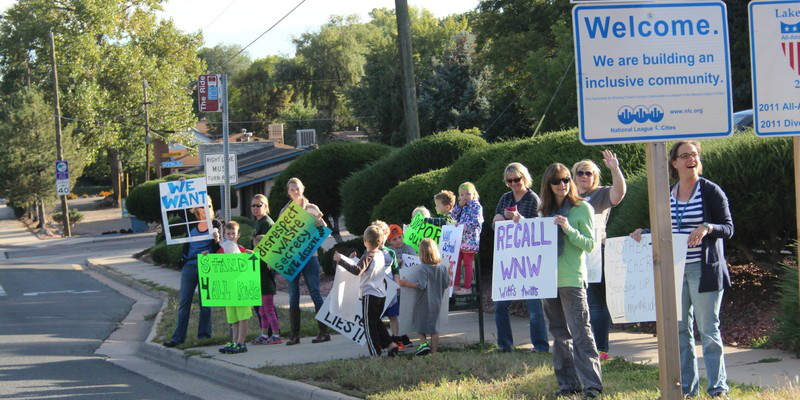 “Pay attention, get involved and don’t just read whatever your party puts out and believe it.”

Shawna Fritzler, a registered Republican, says school boards should be non-partisan. She says she learned the hard way in the 2011 election and voted party line (R). In the 2013 Jefferson County school board elections, Frtizler and Jonna Levine supported 3 board candidates who lost to a conservative majority. Fritzler and Levine, a registered Democrat, have co-founded Support Jeffco Kids a non-partisan organization to educate residents in the state’s largest school district about the importance of supporting public education for all kids.

Levine says the school board has made decisions contrary to the community’s wishes, including taking money from the mill bond budget and giving it to charter schools and to the Gifted and Talented programs which a recent community survey showed a lack of support for.

Hundreds of students walked out of Jeffco schools in 2014 to protest changes to the history curriculum that the school board was proposing.

(Click here for previous coverage from KGNU of this story)