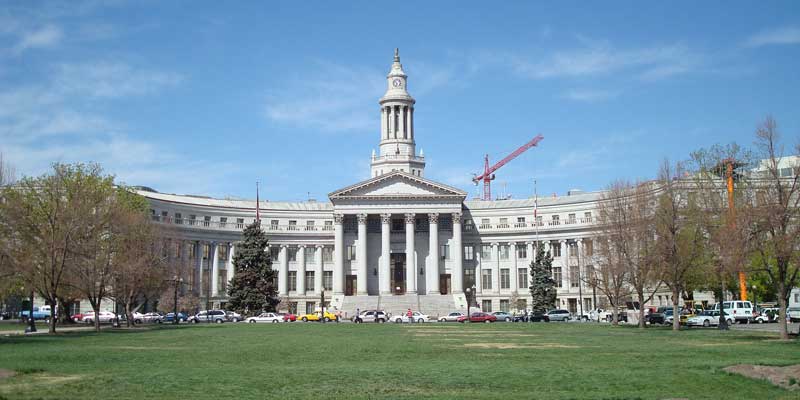 “Political givers are more likely to be able to get a meeting with their member of Congress or elected official than a citizen who is representing a group but who doesn’t have a donation on the books already.”

Mark Mehringer with Clean Slate Now says that in Denver, corporations, unions, and other organizations are allowed to donate directly to municipal candidates.  This is because the campaign finance rules in Denver differ from the rules for Congress or State Legislature.

Clean Slate Now has analyzed the Denver Municipal Election candidates for 2015. There are 42 candidates who made it on the ballot for one of the 11 City Council District seats, or the two At-Large Council seats.  Only 37 of those candidates have raised any money at this point, and seven have raised all of their money from people only, while 30 of them have already accepted money from an organization.

For their analysis, Clean Slate Now considers all contributions from businesses, unions, PACs, and other organizations the same – as forms of special interest groups.

Each candidate’s campaign finance reports are available on the Denver Clerk and Recorder’s website.

Click here for Clean Slate Now’s summary of total funds raised and amounts from organizations for each council candidate.

Candidates for Denver City Council get a smaller percentage of their money from special interest groups than do state legislators and members of Congress.  On average, candidates for Denver City Council have raised just 13% of their campaign funds from corporations, PACs, and other organizations.  That is far below the 47% for the average member of the House of Representatives.  Even City Council incumbents have raised only 17% of their campaign funds from organizations, while 83% has come from actual people.

Denver’s loose restrictions on donations have allowed some people to give double the maximum.  Denver City Council candidates are not allowed to accept more than $1000 per donor if they are running in a district or $2000 if they are running for an at-large seat.  However, several candidates have raised money from both a business and the owner of the business.

This form of double dipping is one of the key problems created by allowing organizations to donate, whether through a PAC or a business.  It is not at all difficult for a donor to hide their identity by creating shell organizations with unclear names to make the contributions.  Some of the companies that donated were simply named after an address.

One candidate even received $1000 donations each from two Limited Liability Companies that share the same address and have nearly identical names.  Both were also formed in August of 2013.  Under current law, they are separate legal entities and thus allowed to donate $1000 each, even though those contributions clearly violate the spirit of the law creating the contribution limits.

Some of the organizational money incumbents receive comes from organizations regulated by the City and County of Denver.  Despite the clear conflict of interest, several incumbents have accepted major contributions from businesses that are regulated by or that do business with the City of Denver.  For example, Comcast Financial Agency has donated to several incumbents, as has the developer Forest City (as FC Facilitator LLC).