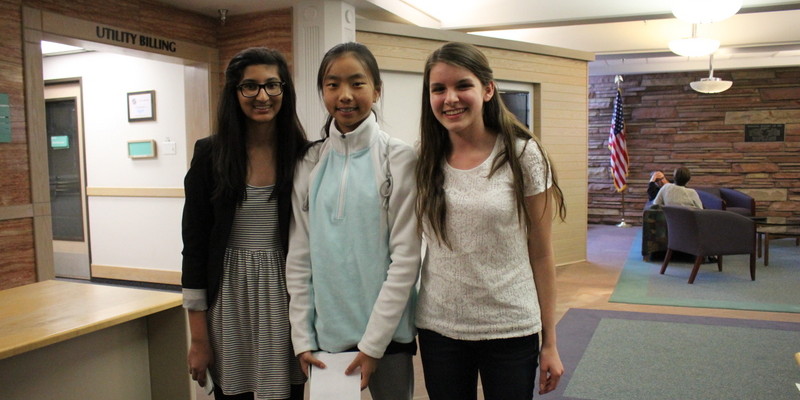 It was in 2010 that about a dozen children, some using a bench to reach the microphone, asked Boulder City Council to ban chemical spraying in community parks where they play. The city council responded by terminating their use including the controversial glyphosate-containing Roundup Ready spray.   The children alerted council who acknowledged their own lack of awareness of the city’s pesticide use, and agreed to investigate.  It was later into the year that council rewrote the Integrative Pest Management Program that transformed how park employees would be trained in herbicide and pesticide management.

Currently several Boulder neighborhoods along with award winning Fairview High School’s Net Zero Club have been pressing city council to extend current policy that limits pesticide use on public land and parks and to move to a full commitment against using neonicotinoid pesticides on public lands, playing fields and parks.  City officials responded by drafting a resolution specifically identifying neonicotinoid use in the city.  Since neonicotinoids are the most popular form of pesticide and since documented evidence demonstrates contamination of water, soil, and foliage, the city is moving toward discontinuing their use on city-owned areas except in the case of an individual emergency such as saving a valued tree.

The resolution also addresses the global decrease in pollinator populations whose immune systems have been attacked through exposure but also the potential health risks to humans.  City officials cite other global entities that have either temporarily or permanently discontinued neonicotinoid use including a growing number of cities in the U.S., the European Union, and the U.S. Fish and Wildlife Service.  Council seeks to educate others and to encourage local homes and businesses to follow their example.

At Tuesday’s city council meeting, four students from the Fairview group thanked city council for taking on the issue.  After recovering from the loss of 2 of their beehives, Saher Afridi, Abby Bloomfield, and Sophie Chen told KGNU that the loss of the bees could have been due to several factors, but that their research has pointed to the use of neonicotinoids as having an effect.

Boulder City Council will consider the Bee Safe resolution at a public meeting on Tuesday, May 5th.

Here you can see the updated list of the 18 retailers and 13 lawn and tree care businesses that abstain from the use of neonicotinoids: