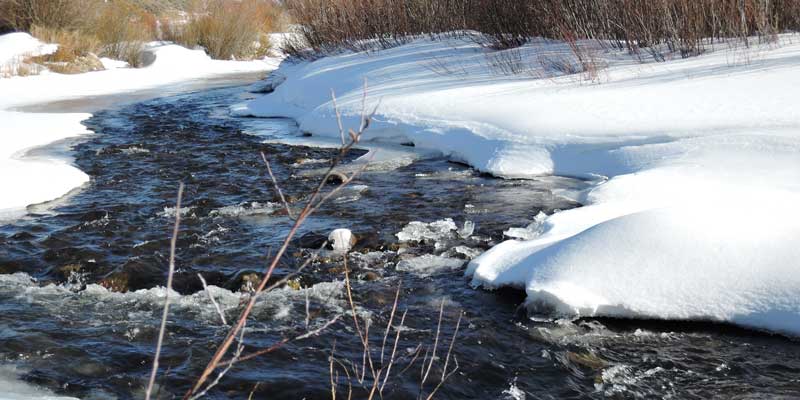 -by Hannah Leigh Myers, as part of our special series on the Colorado River, Stories of The River.

“The entire environment depends on this river being healthy”

Around forty million people in 7 states use and depend on water from the Colorado River. As a result the Colorado is on the brink of crisis due to overuse and diversion. Reaction to this crisis often focuses on how population centers will respond if the river continues to decline … but what about the natural wildlife that depend on the Colorado River ecosystem? 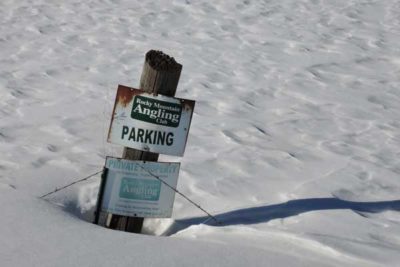 Kirk Klanke is president of the Colorado River Headwaters chapter of Trout Unlimited and he’s working to protect one of the Colorado River’s tributaries most at risk from overuse…the Fraser River in Grand County, Colorado.  Diversion of water from the Fraser to the Front Range has left the Fraser river with 40 percent of its natural flows and Klanke says that cripples the ecosystem from the bottom up, starting with the insect and plant life surrounding the diminished streams.

The damage goes back more than 80 years to when federal agencies began diverting water from the Upper Colorado to quench the thirst of expanding Front Range cities. Dams now fragment and disrupt the natural river flows, tampering with fish migratory and breeding patterns. Drained, shallow streams heat to higher temperatures and more quickly than deep, large bodies of water. This poses a lethal threat to many fish who rely on cool streams and rivers for survival.

“The Colorado pike minnow, the razor back sucker, humpback chub and bony tail”

Crockett’s work focuses on these four endangered fish.  He says the native fish are endangered for a variety of reasons, but one threat in particular has his full attention.

Some of the non native fish, originally stocked for sport fishing in reservoirs, are now thriving in the lower, warmer waters of the stressed Colorado, further disrupting the balance of the ecosystem. Crockett is working with Colorado Parks & Wildlife on the Upper Colorado Endangered Fish Recovery Program using a variety of methods including detailed field research, using nets to separate fish species and stocking the river with  native fish. But Crockett says to save those native fish, all of which are larger predators, they need to look at the damage done to the entire ecosystem including the dropping numbers in smaller fish and other food sources.

“You’ve got to have that community of prey species before you can expect to recover a top level predator like the pike minnow for instance.”

Ken Neubecker is program director for the Western Water Policy Program. He says collaboration between local, state and federal agencies rather than potential expensive and lengthy legal battles is the key to saving the distressed river’s ecosystem. Neubecker says a variety of solutions could be tried such as compromising with water rights owners and installing fish passages around diversion structures. 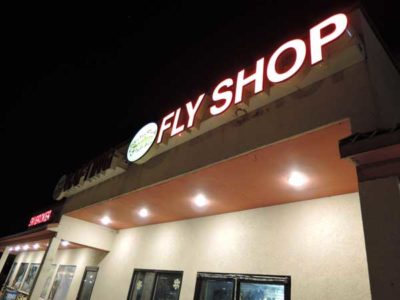 “Doing these things in collaboration and partnership with state agencies, the federal agencies and local landowners has proven to be a lot more effective in actually trying to accomplish the goals”

Back in Grand County Kirk Klanke enjoys some evening fly fishing on the Fraser River. He says one of the best ways to protect the Fraser and the creatures that depend on The greater Colorado River is public involvement and action to lessen water consumption, particularly in the light of Denver Water’s plans to divert even more water from the river as part of the proposed Gross Reservoir expansion. 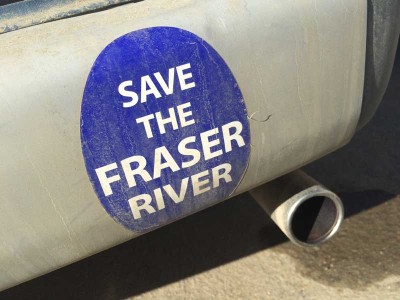 While not everyone agrees on how to save the Colorado River, there is broad consensus that the best way forward is through teamwork to protect the eco-system while satisfying water demands downstream.