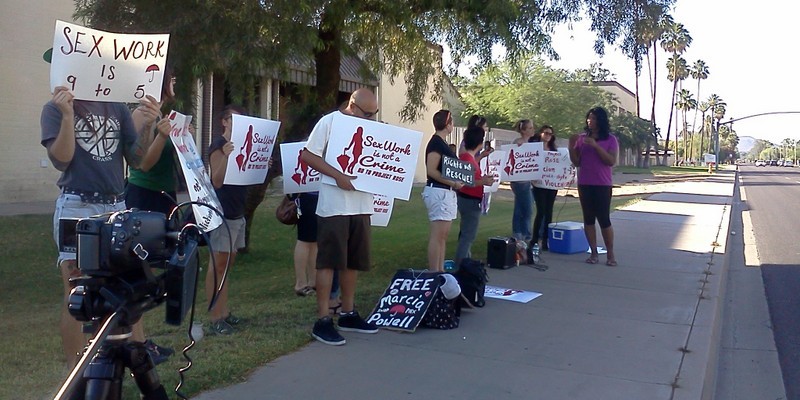 This week in Geneva, Switzerland the United Nations is reviewing the human rights record of the United States through the UN Universal Periodic Review (UPR) process. US sex worker rights organizations are there and have meetings scheduled with the United Nations Human Rights Council (HRC) during which they will call for greater human rights protections. Other US organizations will attend with the hope of addressing additional violations of civil, political, economic, environmental, and social human rights.

This is the second such meeting within 6 months with the HRC where the human rights records of member states are reviewed every four years. Under this process a few months ago, the US adopted Recommendation 86 promising to increase human rights protections for sex workers. Foreseeing the need, advocates with Best Practices Policy Project, Desiree Alliance, and Sex Workers Outreach Project-NY (SWOP) submitted a human rights report to the HRC that outlined US failure to meet obligations outlined in Recommendation 86.

One such documented case of abuse is that of Monica Jones, a transgender woman of color who was arrested in Phoenix in 2013 but whose charges were dismissed earlier this month. Saying she is an ongoing target of discriminatory police profiling, she was a victim of what has become a regular police sweep called Project ROSE where those who have been arrested are offered limited options but who face serious criminal penalties under a guilty plea. Jones says that she and other similar members of her community are threatened by regular harassment and intimidation by police who use anti-sex work laws to cause harm, “As long as the police can target my community using these anti-sex work laws, we will never be safe from violence, including the violence of incarceration.”

Joining Jones in Geneva is J.M. Kirby, a member of Best Practices Policy Project who has expressed concern that the US is exporting stigma and discrimination as shown by US promotion of the “anti-prostitution loyalty oath,” a condition attached to a number of grants that focus on areas from HIV awareness and treatment to anti-trafficking funding. Currently if a grant applicant expresses a need to provide services to sex workers, the applicant is automatically denied funding under this oath. Kirby expressed, “We will ask the world to hold the U.S. accountable for making sex workers vulnerable to human rights abuses,” said J.M. Kirby of the Best Practices Policy Project. “Our country should be promoting human rights for all, including sex workers, not shaming people because of the work that they do.”