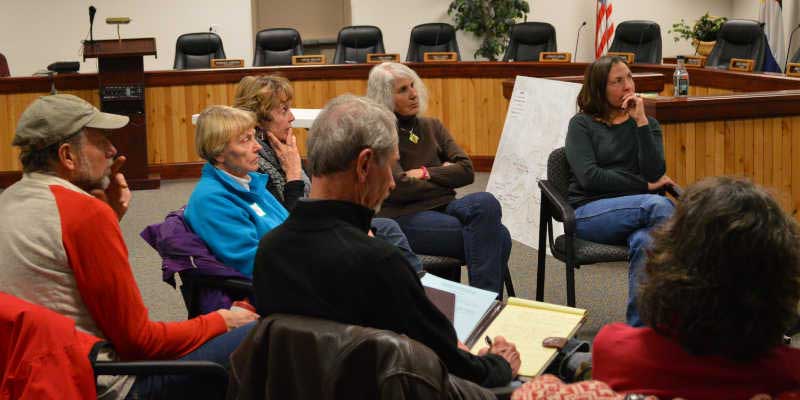 It’s been just over 3 months since Coloradans got a first look at the state’s water plan. The draft that was submitted to Governor John Hickenlooper came after more than 800 public meetings held all across the state. But despite an extensive education and outreach campaign, just how involved is the general public in planning Colorado’s water future? KGNU’s Maeve Conran reports.

In his 2015 state of the state address Governor John Hickenlooper lauded the process that brought people from around Colorado together to create the state’s water plan.

“…after the largest civic engagement process in state history, the Colorado Water Conservation Board, at long last, achieved what many believed was impossible: It brought together the disparate stakeholders from around the state and drafted Colorado’s first-ever statewide Water Plan.”

Kate McIntyre who is in charge of public engagement and outreach for the Colorado Water Conservation Board says they’ve mostly relied on volunteers in a process that goes back 10 years when the Public Education, Participation and Outreach (PEPO) group was established, before the water plan was conceived. Later, McIntyre says, they engaged the nine basin roundtables to help.

“This is really a grassroots process and so we never intended to or didn’t have millions of dollars to throw into reaching everyone across the state in terms of a more traditional advertising campaign. Spreading the word grass roots is not something that happens overnight.”

The Water Board received more than 15,000 comments directly and through the 9 basin roundtables when creating the draft plan. State Senator Ellen Roberts, a Republican from Durango, says that’s not enough. She still thinks there’s a lack of awareness amongst the general public.

What do people on the streets of Boulder know about the Colorado Water Plan? Katrina Starbird finds out:

“I think that’s the challenge we saw here at the legislature. The Governor and the executive branch of the Colorado government has done a lot of outreach but it’s a topic that most people…all they really care about when they get up in the morning does water come out of the shower, can they make their cup of coffee, their cup of tea.”

Last year the senator co-sponsored a successful bill that called for more involvement by the legislature in water planning. That lead to a series of public meetings in all the major river basins of Colorado. “What we were trying to do with Senate Bill 1-15 last year was to go out to the more general public, the kind of people who show up at our town hall meetings, who have no idea about Colorado water law and how complicated it is. They’re not following like the people on the basin roundtables.”

Theresa Conley, a water advocate with Conservation Colorado says she is heartened by what she sees as a growing awareness in water issues in the state, even if there is a lack of awareness about an actual water plan.

“I think in general folks may not know as much that there’s an actual state water plan going on, but folks are very aware of water issues that we’re facing.”

But Conley, like Senator Roberts says the public outreach effort needs to be more inclusive. She cites the fact that many of the meetings were in the middle of the workday, which made it difficult for some to attend. She says people may not have time to attend a meeting, but maybe they’ve sent an email or a postcard…and those voices should also be heard. “I think sometimes those small actions are disregarded as just a form letter or something that isn’t truly meaningful and I think that that’s absolutely not true.”

McIntire says the Colorado Water Conservation Board has received over 2000 comments in the first few months since the draft was submitted. and adds all input received through May 1 will be considered in the second draft. She says that the CWCB is responding to all comments received and those responses are available for public review, “and all those responses are cataloged and available for review on our website.”

After the second draft is released in July, there will be another comment period that ends in mid-September. More public meetings in each of the river basins are also planned for this summer. The final plan will be submitted to the Governor in December.

Connecting the Drops is a radio collaboration between the Colorado Foundation for Water Education and Colorado Community Radio Stations KGNU, KDNK and KRCC.