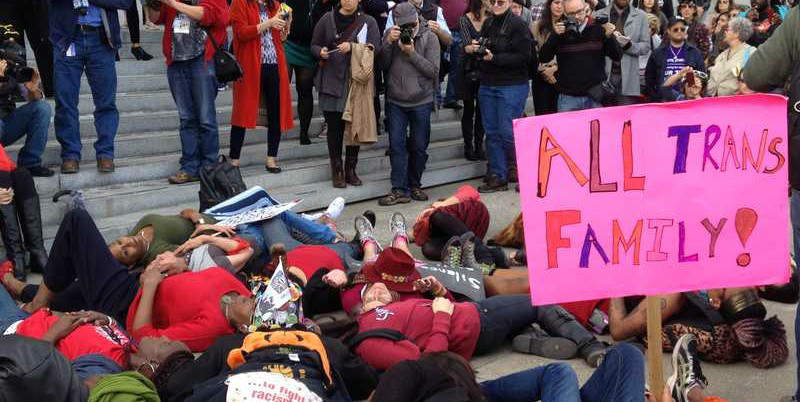 SAN FRANCISCO-Justice for Jessica Hernandez was the cry heard at a February 10, 2015 call to action in San Francisco. Jessica Hernandez is the 17 year old Denver resident who was shot to death by Denver Police on January 26, 2015 sparking rallies, protests, marches, and vigils in Denver ever since.

Meanwhile at a Valentine’s Day V-day march across the golden gate bridge in SF, Colorado residents carried a banner that read RISE UP FOR JESSICA HERNANDEZ. V-day is a global movement that targets violence against women.

At the February 10th action, a protest, die-in, and council presence took place at city hall to call attention to what the trans community faces. Taja de Jesus was stabbed to death on the streets of San Francisco on February 1, 2015 at the age of 36. The following week, those who work for trans justice rallied outside of city hall.   KGNU was there to bring you this report: 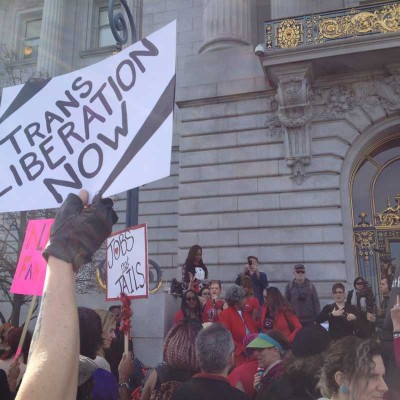 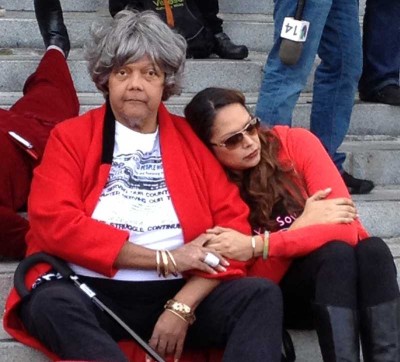 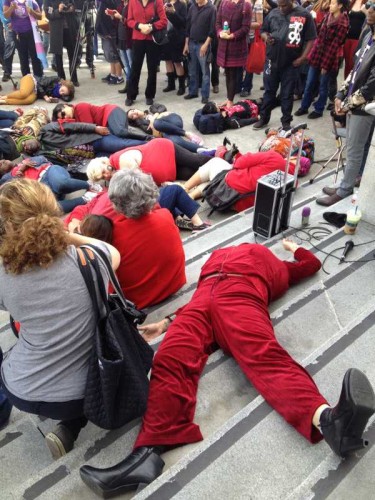 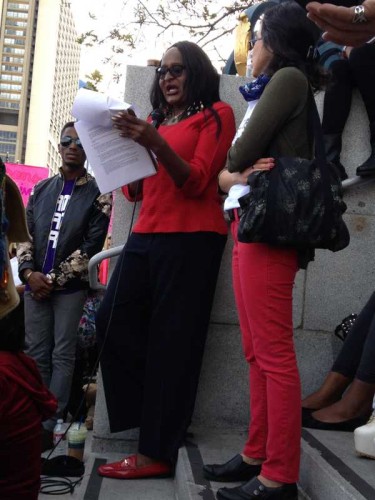 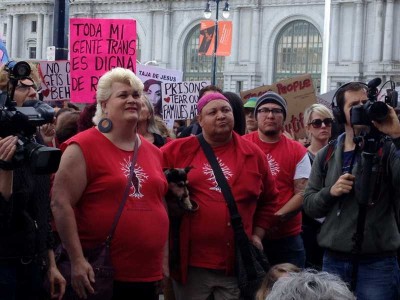 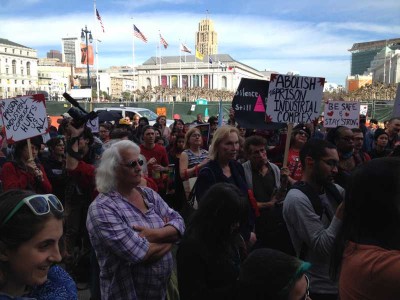 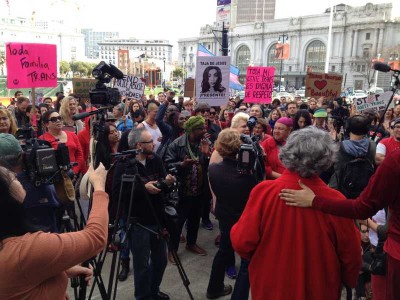 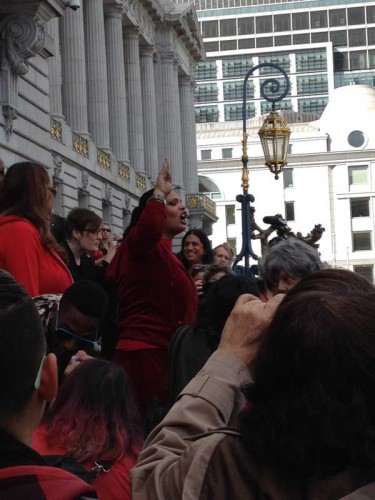 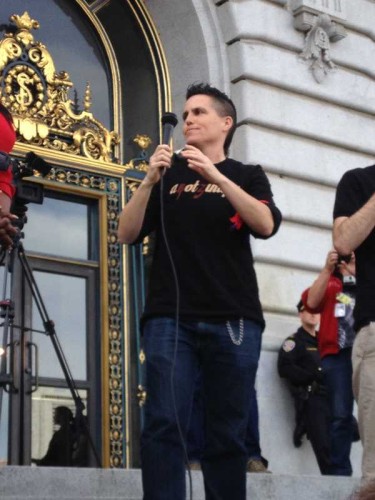 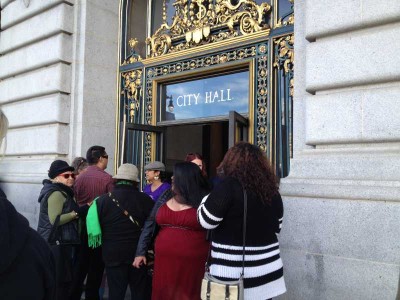