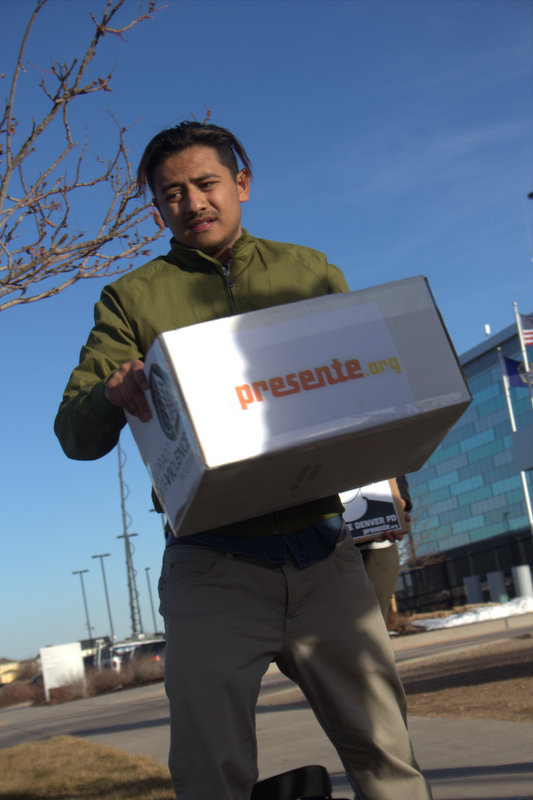 The Colorado Anti-Violence Program along with Presente.org delivered signatures that were gathered nationwide to demand the Department of Justice investigate the Denver Police Department after the DPD’s most recent officer involved shooting that took place January 26, 2015.  Denver teen Jessica Hernandez was fatally shot while on the driver’s side of a car.  Police say she drove in their direction, witnesses say that she was already shot when the car moved and that police violently removed her lifeless body from the car while handcuffing her.

This story took place outside of local Federal Bureau of Investigation offices in Denver where the petitions were delivered.