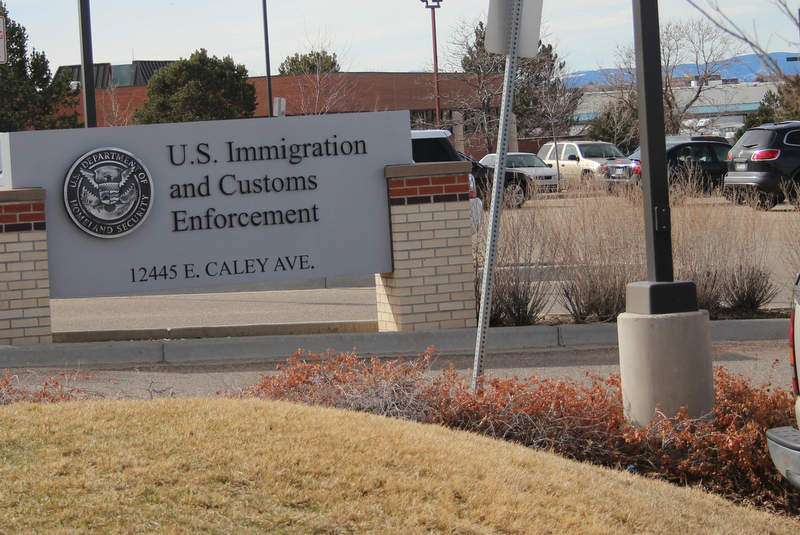 One high-profile immigration case is that of Jeanette Vizguerra of Denver.  KGNU has been following her case since 2009 when she began fighting to stay with her family after being pulled over by Denver Police for an expired license plate.  She has won multiple Stays of Deportation over the years with the help of the Denver community.  On Thursday, she faced appearing for a scheduled check-in with Immigration and Customs Enforcement (ICE) after her current Stay of Deportation had expired and before her subsequent one had been approved.  During her appearance,  supporters rallied outside.