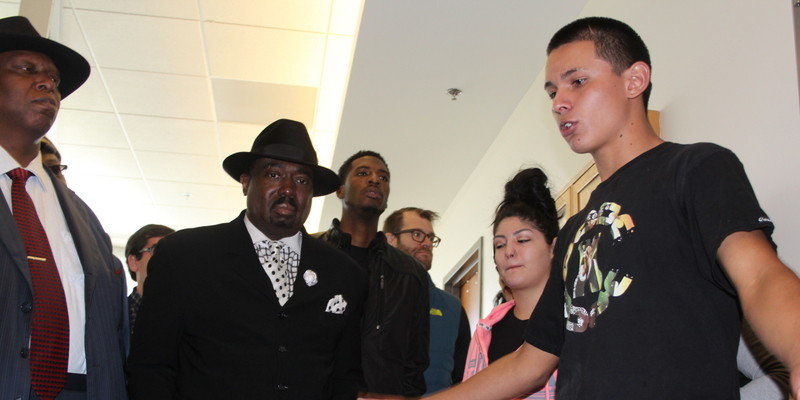 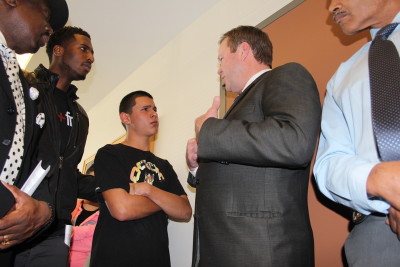 The families of those who have been shot by Denver police met on Saturday along with about 200 supporters to discuss action steps. Although recording equipment was not allowed, family members said that they will join together to stop police violence.  The meeting followed the January 26th shooting of unarmed 17 year old Jessica Hernandez while sitting in a car with her friends.  Few details of the shooting have been released by the Denver Police Department but participants in last night’s vigil expressed doubt in the DPD and loss of trust in the information released by the department.

We begin with coverage of a press conference where supporters of families who had relatives shot by police, expressed a demand for justice and for transparency in the investigation.  At gatherings this week, the families of Alex Landau who was beaten by DPD in 2009, Ryan Ronquillo who was shot by DPD on July 2, 2014, and Sharod Kendell who was shot by DPD on January 9, 2015 all spoke in support of the Hernandez family.  Speakers called for an independent investigator and for involvement at the federal level.  After this press conference, supporters made their way to District Attorney Mitch Morrissey’s office to call for police accountability.  Chief Deputy District Attorneys Lamar Sims and Doug Jackson met with Hernandez’ supporters who called for details about the girl’s shooting.  One supporter asked how long it had been since a Denver Police officer had been prosecuted for excessive force to which Sims answered, “1992.”

In this story, we first hear the words of Jose Castaneda, cousin of Jessica Hernandez.