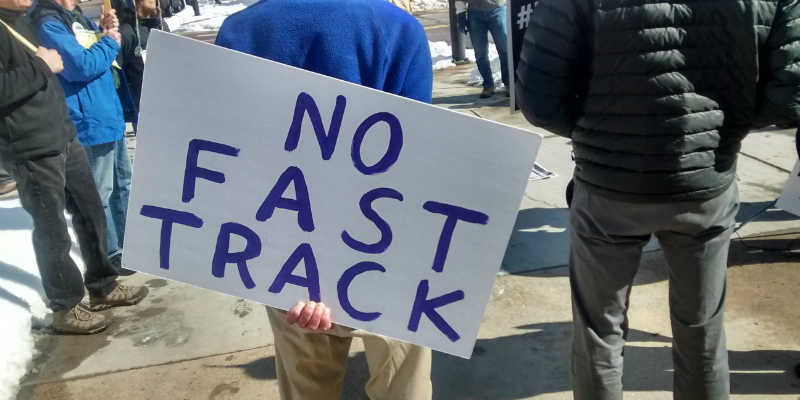 A coalition of community, labor and environmental groups rallied outside the Boulder office of Congressman Jared Polis to call on him to take a stance against the Trans-Pacific Partnership (TPP).

The TPP is a trade deal involving the U.S. and 11 other countries including Vietnam and Malaysia, which critics say has been negotiated in secret and is on a “Fast Track” process which means members of Congress must vote on the 1,200 + page TPP bill with almost no debate and no ability to amend it.