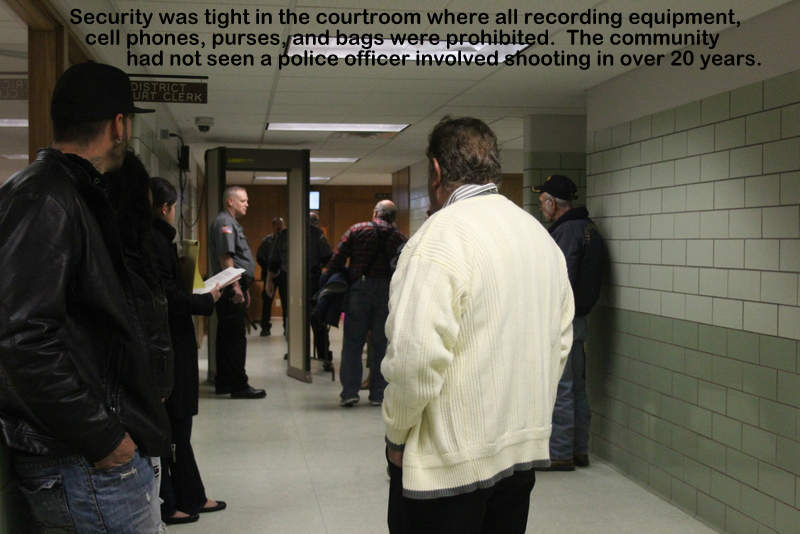 LA JUNTA-An Otero County judge ordered fired police officer, 41 year-old James Ashby to trial on second-degree murder charges.  In a preliminary hearing held Thursday, 16th Judicial District Chief Judge Mark A. MacDonnell ruled that there was sufficient evidence for a trial.   The October 12, 2014 shooting death of unarmed 27 year-old Jack Jacquez was at issue after the officer allegedly  followed Jacquez into his home and shot him in the back.  Jacquez was first seen by Ashby riding his skateboard as Jacquez was arriving to his home according to testimony of Colorado Bureau of Investigations agent Gregg Slater who testified for the prosecution.    Court testimony also suggested that the former officer Ashby lied about events leading up to the incident when interviews of witnesses and physical evidence did not match the officer’s account.

Days after the shooting hundreds gathered to rally support for the family in the town of about 4000 residents.  One supporter, Denver resident Jo Cusick, organizer with Coloradans for Justice attended today’s hearing and told KGNU that the group initially became involved in the case because of the lack of media attention.

Ashby was fired from the police department and arrested on November 14, 2014 on murder charges.   He faces arraignment on charges of second-degree murder, criminally negligent homicide, and a violent crime resulting in death or injury.  Arraignment is scheduled February 12, 2015 while Ashby is currently free on $150,000 bond. 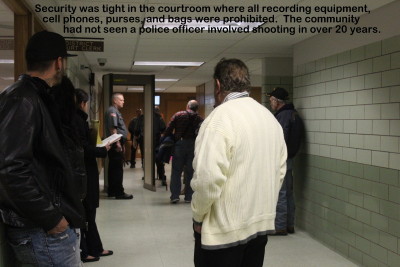 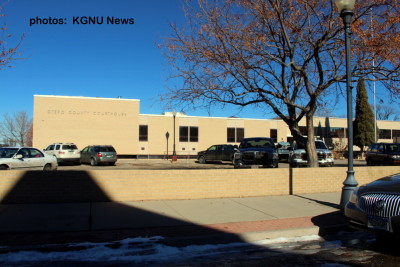