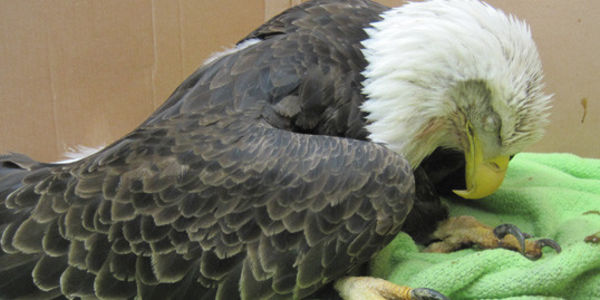 A raptor rehabilitator from Broomfield is asking the Colorado Parks and Wildlife Commission to ban the use of lead ammunition by hunters after a number of birds have been brought into her facilities with lead poisoning.  Paula Brown launched the Care2 petition, which has been signed by more than 9,000 people since launching in late September (including more than 907 people in Colorado), is paired with a legal petition that Brown will present to the Parks and Wildlife Commission at its meetings on November 13 and 14.

The hunting advocacy group Hunting Works for Colorado said that banning lead ammunition would have adverse effects on wildlife management program funding and on Colorado’s economy because doing so would cause the price of ammunition to drastically increase and cause shortages that will likely reduce the number of hunters.

A reduction in the number of hunters will mean fewer licenses sold and less spending by hunters at restaurants, hotels, convenience stores, sporting goods stores, etc. resulting in the loss of jobs in Colorado.