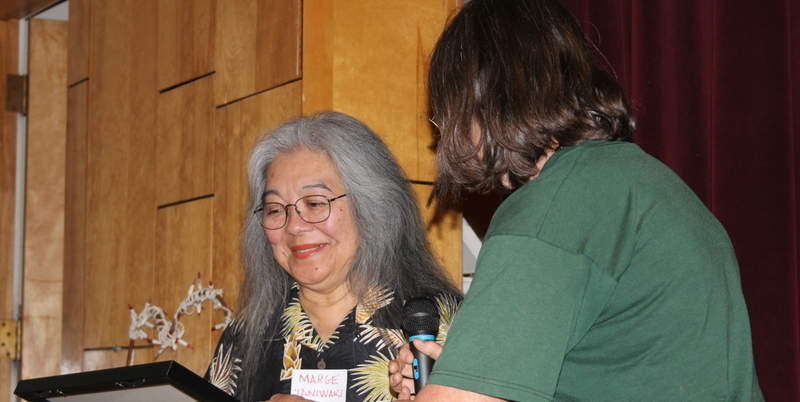 Jack Gore was a well known activist who fought for peace and justice especially during the Vietnam war in the 1960s.  Every year since 1976 the Jack Gore Memorial Peace Award has been bestowed upon a person who practices or works for these concepts.  This year KGNU’s own Marge Taniwaki who produces KGNU’s La Lucha Sigue, our news show of Latin American and Caribbean news was honored this year for her work on the show and for her work for preserving the memory of the concentration camps that existed during World War II in this country.  As a child, Marge Taniwaki was a prisoner in one such camp, Manzanar, in California.

The Colorado Progressive Coalition often organized memorials for Marvin Booker, Alonzo Ashley, and other victims of police violence.  She is also active in the immigrant rights movement and was also a recipient

Awards were presented on Saturday.