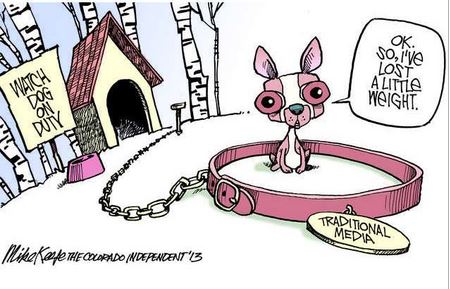 Mike Keefe is a Pulitzer prize winning cartoonist whose cartoons graced the pages of the Denver Post until 2012.  He is now working with the Colorado Independent which has launched a crowd sourcing campaign to get funding for a year of political cartooning in Denver.  Keefe will be speaking about his 30 years of political cartooning at 700 Kalamath in Denver on Saturday September 20th from 7 to 11pm.