IN THE NEWS:    We talk about two education bills:  one that deals with high stakes testing and the other with data mining of student information in Colorado public schools.

The Keystone XL has wavered in and out of approval and in the past few days, groups who oppose the pipeline have been moved into high gear to prevent US Senate approval of the building of the pipeline.  If approved it will carry the more corrosive tar sands substance from Canada to the Gulf Coast through Montana, South Dakota, and Nebraska.  Indigenous groups have been holding training sessions within the past year called Mocassins on the Ground in preparation for direct action to prevent construction.  Several Denver metro participants spoke to KGNU about the experience.

photo below:  before and after shots of the area where tar sands is being mined in Canada.  lower photo of equipment that is used in the extraction process. 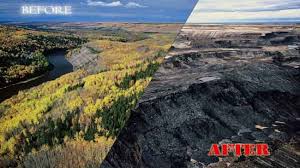 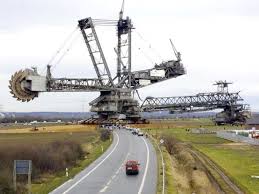 The Office of the Independent Monitor (OIM) of Denver was created in 2005 following public uprising over different police-involved killings that later resulted in law suits against the city of Denver.  A few weeks ago, the OIM released its annual report.  The report showed a decrease last year over previous years in complaints against the Sheriff’s Department.  What the OIM discovered though was that the decrease didn’t interpret to mean bettter operations in the Department but instead could have been due to a lack of solid reporting mechanisms.  KGNU spoke to Nicholas Mitchell, Denver’s Independent Monitor and Tania Valenzuela, Community Organizer with the Colorado Progressive Coalition.

Nicholas Mitchell (far right), Denver’s Independent Monitor speaks at the Colorado Latino Forum about the results of the office’s 2013 report.  Sheriff Gary Wilson is on his right.  photo:  KGNU News

TRENDS Diary: Providing Support for Families with Babies in the NICU

The December selection for the Radio Bookclub is Agnes at the End of the World by Colorado author Kelly McWilliams The Young Adult book is described as The Handmaid’s Tale meets Wilder Girls.

Kelly McWilliams joins us Thursday, December 24 at 9am.